Hold On For the Ride Kat Miller Cook A quiet life, now. And I'm okay with that.

Just one voice in a million.

I’ve graduated. With high honors. I have my graduate degree from Harvard University. It was an incredible experience.

Well, I finished a year at Harvard University Extension School. Spent winter semester studying on campus in Cambridge. Boston was incredible. In the spring I  applied for official acceptance into the Master’s program and was accepted. And, I have been awarded a scholarship to cover a substantial portion of my tuition. I will continue Fall 2014 semester. I have never, ever been so challenged and so alive. I have a 4.0 g.p.a., so far. l value Harvard, and I’m grateful.

It’s been almost a year.

So, where am I? Any closer to dreams? Who is in control? Who has always been in control?

I will apply to Harvard. Why not?

She hadn’t thought about him in quite a while. Daily activities and a life rich with healthy moments bore her ahead. Not much time spent looking back. Most days flew by surfing waves of good will and happiness. The past? There was no longer much tangible sadness to be found there. And quite honestly, she didn’t look.

And then there it was; an email. Quiet, inconsequential in the longer list of daily correspondence and billing notices…

“How are you and Ash? Danielle and I are going to be at Fish Creek in Wisconsin next weekend to see Roseanne Cash. We got engaged last week in BC.”  Not even a closing salutation.

She felt she should call him. Wasn’t there a set of rules for this? How could she not respond appropriately to the announcement of an engagement of a good friend? Their “friendship” called for it; Jeremy and Katrina’s friendship.

Katrina fell deeply in love with Jeremy several years ago, almost from the first phone call. There was electricity. An electricity, she knew, was solid and rare. Worth trying for.  One can only move hundreds of miles away from such a force, to ease the drain…if one cannot contain it.

“Jeremy! My god, I was sure you would win our bet and not get married until after you were 50. I’m actually very happy you lost that one, old boy.”

It was sincere, every word. She loved him. He knew that.

He had to email her; probably as much to seal the deal, as to inform the friend. She’d moved fast…finding Ash, declaring her immediate love. Moving quickly, she married and was gone. She hadn’t known how close she had been. Well now he too, had found another love.

“Good to hear from you, Katrina. You got my email, eh? Yeah, it’s all set. Sometime in the spring we’ll have a small wedding. How’s the new home in Massachusetts working out? Are you guys enjoying the new house?”

Holding the phone a few inches from her ear, she felt, rather than heard his voice. It rolled smoothly in her direction full of strength and confidence. That was all he was, wasn’t it? Confidence. He exuded it. Even when he shared his fears, they were fears about things they both knew he had complete control over. “ I don’t want to be alone,” he had finally said. “I’m afraid I’m going to be alone.” This, after she had found the new man. This, after she shut the door.

They had been lovers. Broken off. Moved on. Then gave themselves permission to be lovers again. Neither regaining the footing they had once known with each other. She, always carried away. He, always dipping deeply, but cautiously, skirting any precipice. Frustration grew easily again after that first lengthy break. Old wounds never really healed were quickly re-punctured. Anger decisively took the place of hopeful heartache. She was never sure which came first for her…the final break or new love. Had it ended before, or as soon as she had tearfully opened the door to new and real love? Either way, neither event could have occurred without the other.

They tried to be friends. But time together now, alone or with others, merely coasted on the surface too formal to be called true friendship. Each encounter was spent cautiously crossing a frozen lake, emotions entombed below an icy surface. Neither knew any longer what the truth might be. Each understood, however, whatever the truth was or had been, it no longer held any relevance.

“Ash and I are doing well. I’ve never known such contentment. It seems as though you have finally met your match too. Congratulations! We wish you well. We wanted to make a quick call and let you know we were thinking of you!”

Conversations grew short. Any personal discussion contained too much baggage to move safely around in.

“That’s great, Katrina. We hope to get out there to see you two some time. The photos of your new home are beautiful. Better go now, Danielle is beeping in on the other line. You take care. Give my best to Ash.. We’ll talk soon.”

The phone had grown exceptionally warm to the touch, Katrina noted, as her cell phone slammed shut. Jeremy stared hard at nothing for several minutes as the call ended. Just a slight movement in either direction. Neither would ever know, just how close they had been.

So close to home….

Sleeping Bear Dunes National Lakeshore…. a wonderful area. We will be spending some time there this summer. It’s close to our lake house in North Michigan. Peaceful…expansive and beautiful. Who knew? I grew up in Michigan and lured away early, following my love for our National Parks. I’ve seen most of them more than once. Sleeping Bear was always so close. I’m grateful to explore and enjoy it.

So close to home….

Thanksgiving is here, again. I’m about to head into the kitchen and begin preparation of the “dinner.” Turkey, stuffing, sweet potato salad… Every year we do the traditional thing. A good thing and, yet… a step back and clear view of it all might benefit me. Mom is here and sister and her boyfriend are coming. A football game will dominate for several hours. The dogs will be excited and happy. Every year. Every year. This is life. This is it.

Joyfully, it’s possible I have found a rare, new friend. Not sure. Real friendship takes time and care to grow. I’m going to do my part… Next year at this time, I’ll know if it was a real bond or not. Takes time for trust.

It takes my breath away, I'm so fortunate. 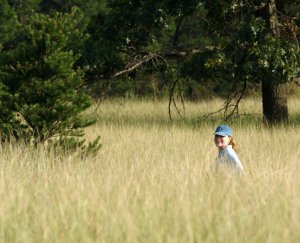 Frozen moment on the last day of my 50's.

Today is my 60th birthday. I don’t feel much different, but somehow I know it’s a big turning point. I was just snuggling down to sleep last night and my husband kept sitting up in the bed next to me…for some reason. And then midnight struck! He yelled “Happy Birthday!” And the wee one, Manannan my pup was startled too and barked. I had, quite honestly, forgotten. But there it is. No longer 50 something. Never again to be younger than 60+. New decades are new decades for a reason. It’s not just arithmetic. They say this is a big one.

Many of us spend a large part of our lives thinking we are different. “Oh, that’s not me…. That will never be me.” When I was young… I really was “different.” The older I grow, the more I meld back into the cultural fold.

I spend more time looking back now, than forward. Oh. To have it all again.

I’m debating with myself over this…

I learned a few weeks ago that my best friend from my first two years in high school had a heart attack recently. She is okay, but…. wow. My age, my friend…a heart attack.

I’ve been asking myself lately, what’s left undone for me? That’s still doable, of course. I can’t decide to have a baby now. Some doors are reasonably, shut.

If I had only a few weeks, what would I want to do? Is there anything left unsaid….to anyone? Is there still anything I have always wanted to do, that I have not done?

I need to focus on this. And get it done.

Days go by. Days go by…. on and on and on.  2011. Times are really tough economically, now. And yet I know…as I am about to turn 60 years in July, the days ahead could get even tougher. I’m healthy, as is my husband…but, we are both older now. Even our pup… the wee one, Manannan will be seven this year. We love his sweet heart.

With earthquakes, floods, fires, droughts, record temperatures, tornadoes and hurricanes…. have we lost control of our world? Violence in the world is on the rise….guns are everywhere, hidden in pockets, “the Arab Spring?” Pollution is increasing, even our seas are dying…. nuclear plant meltdowns, plastic trash discarded, major oil spills?

We move through the motions putting one foot in front of the other attempting normalcy. It is possible, this will now be the normal state of things for many years to come. We’ve all spent so little time on this earth, we don’t know any other existence. But there have been millions upon millions of years on this earth vastly different than those we humans have known. It’s not new that we don’t have control. We never had it to begin with.